As I take a few tired minutes to blog tonight, Paige is sound asleep on the couch, just as pictured below. She fell asleep about an hour ago, most likely due to a mixture of exhaustion and tylenol with codeine! Paige woke me up about 1 am this morning complaining of her belly hurting. We slept on and off for a few hours, but in the end, her pain was getting worse. Her belly was soft, not hard and distending like it is when she is..ahem..constipated. (Don't tell her I told you about that occasional problem!) She was able to pinpoint the pain to her right lower abdomen, consistently in the same area. I began to fear that her appendix might be a problem, so we decided to go to the ER. Now, I have worked in the ER for 6 years, and I don't take visits there lightly. I knew that a workup for an appendix would be long, and not all that easy on an 8 yr old. Grammy came to take Peyton home, and James met us at the ER to find out what was troubling Paige. Paige did great throught the blood draw and IV. I know that it is like to try to stick a kid for an IV and get blood with the least ammount of distress as possible. My coworker Becky did a great job of making this happen for Paige. Thank you Jesus, and Becky, that this went so well! The doctor ordered fluids because she was dehydrated, and a CT scan because he too was concerned about her tender tummy. These tests are time consumming, but Paige was very tired, and able to sleep between them very well. As tired as we were, the hours flew by, and soon we were headed home. Paige doesn't have an appendicitis, but tonight, she is still having alot of pain in her belly. Thankfully she is asleep now, and God willing, will stay that way most of the night.

I don't usually say too much about where I work. But I can't say enough about how wonderful they all were with my daughter in the early morning hours. The ER was very busy for after 3 am on a weeknight, this was obvious from walking into the waiting area. However, Paige's tests were ordered and her treatment was carried out as quickly as possible with caring hands. I was very proud to be a part of the team there today. Our ER truly cares about the patients, especially the little ones!

I'm continuing to pray for Sweet Paige and her mommy.

Poor Baby...Hope she is all better soon! 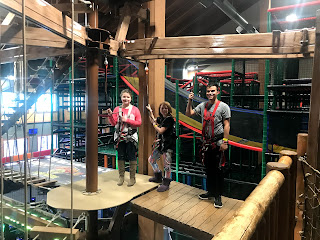